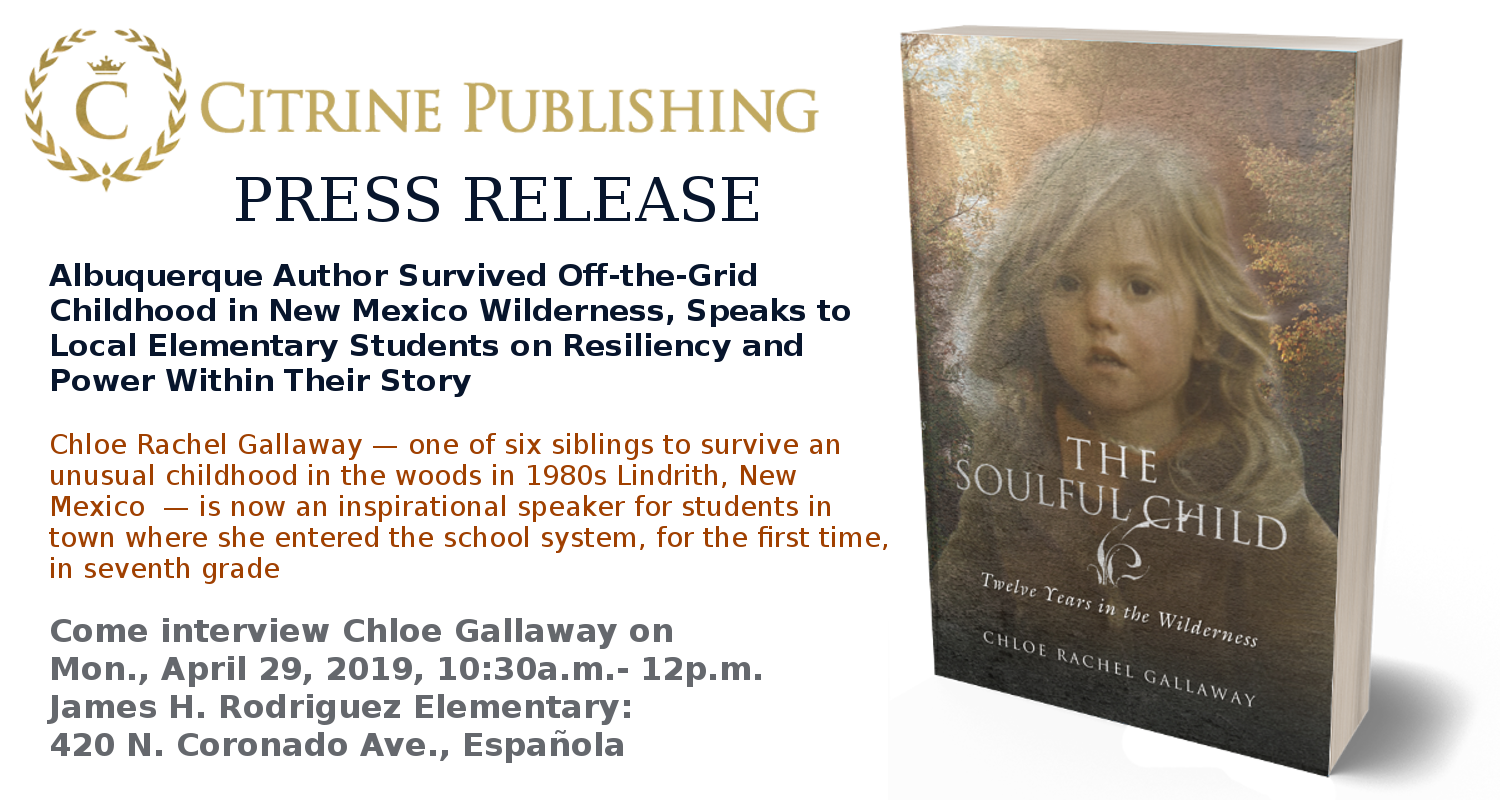 Chloe Rachel Gallaway — one of six siblings to survive an unusual childhood in the woods in 1980s Lindrith, New Mexico  — is now an inspirational speaker for students in town where she entered the school system, for the first time, in seventh grade

ALBUQUERQUE, April 25, 2019 - The Gallaway family of eight survived the wilderness of Northern New Mexico for 15 years in the 1970s and 1980s. Six children learned to live sustainably off the land, until one died in a tragic accident. The family was split by tragedy and the five remaining siblings rebelled against the father, making their way into the world. Theirs is a true story of survival and forgiveness, told by the eldest daughter, Chloe Rachel Gallaway in the New Mexico based memoir, The Soulful Child: Twelve Years in the Wilderness.

The Gallaway Children are testament to overcoming life obstacles, including severe medical injuries, living in the foster system, and starting school late in life.  The siblings, still a close-knit bunch, are putting New Mexico on the map with their story and leadership within the community.  Author Chloe Rachel Gallaway is giving back to her small town roots by connecting with youth in Espanola, who live on the edge of life's toughest challenges, facing heavy drug use, violence, and among the highest homicide rates in New Mexico. Gallaway speaks from the heart of experience in using one's story and unique gifts to create a new life narrative in the midst of trauma.

"Given our entree into society through the foster system, I understand firsthand the role of resilience and not giving up on school, learning, friendship and the possibilities of life," said Gallaway, who attended middle and high school in Espanola in the 1980s and 1990s. "Today I teach the youth to use the power of their voice, like I did, to incite positive and powerful life changes, just like those that turned me into a UNM graduate, a writer, a leader, and a productive contributor to society."

To meet and interview Chloe Gallaway and to receive a review copy of her memoir, named a Favorite Book of the Year by David Steinberg of The Albuquerque Journal, visit TheSoulfulChild.com or call Publishing House at (828)585-7030.